For the past year, members of the UBC Rocket Engineering Design Team have been designing and building Cypress, a 2.6 m. tall rocket designed to deliver a 4 kg. payload to an altitude of 10,000 feet.

On the morning of June 24, 2017, Cypress was launched successfully at the first Spaceport America Cup in New Mexico using a solid-propellant rocket motor. It reached an altitude of 10,053 feet and successfully deployed the payload at its apogee. For recovery, a set of parachutes brought Cypress to a gentle touchdown 5 minutes after launch. The engineering design, quality of construction and successful flight allowed UBC Rocket to secure first place in the most competitive category of the competition:  Flights to 10,000 feet using a commercial off-the-shelf rocket motor. 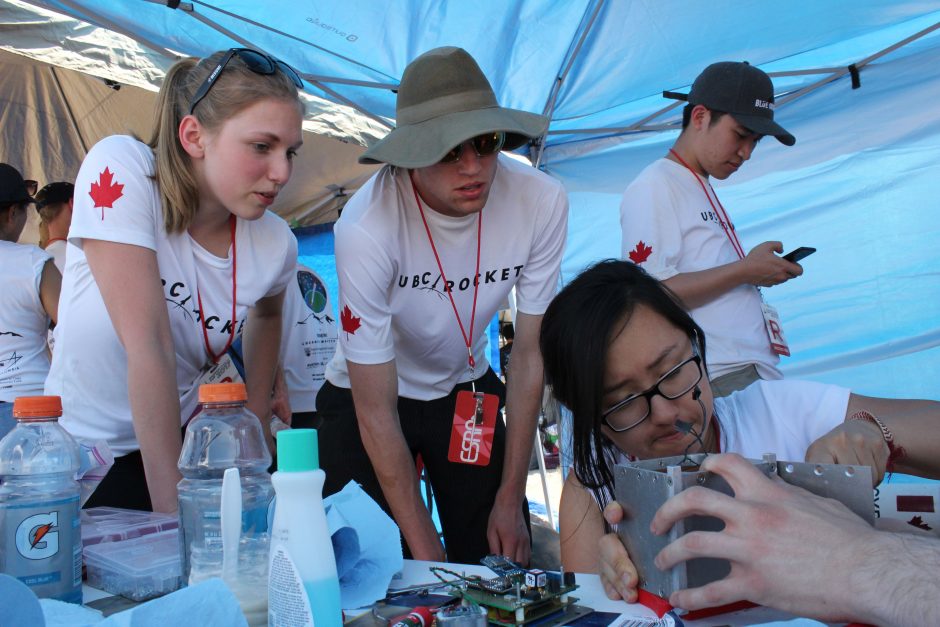 Team Captain Simon Bambey:  “The competition was an absolute blast!  Being in the desert with only the tools we brought from home was an amazing learning experience. It really drove the point home that from the early design, down to the most minuscule manufacturing details, everything needs to be designed and built such that integration is simple and efficient on the day of launch. We took lots of notes and are looking forward to applying all lessons learned on our next rocket(s)!

The competition was also very hard work. We had long days every day in the desert and got first hand experience with the heat wave that passed through at the time. But every second was totally worth it, especially after seeing Cypress finally take to the skies. The team bonded very closely and the little time we got to relax back at the hotel was all the more enjoyable! I think everyone is already anticipating next year’s competition.” 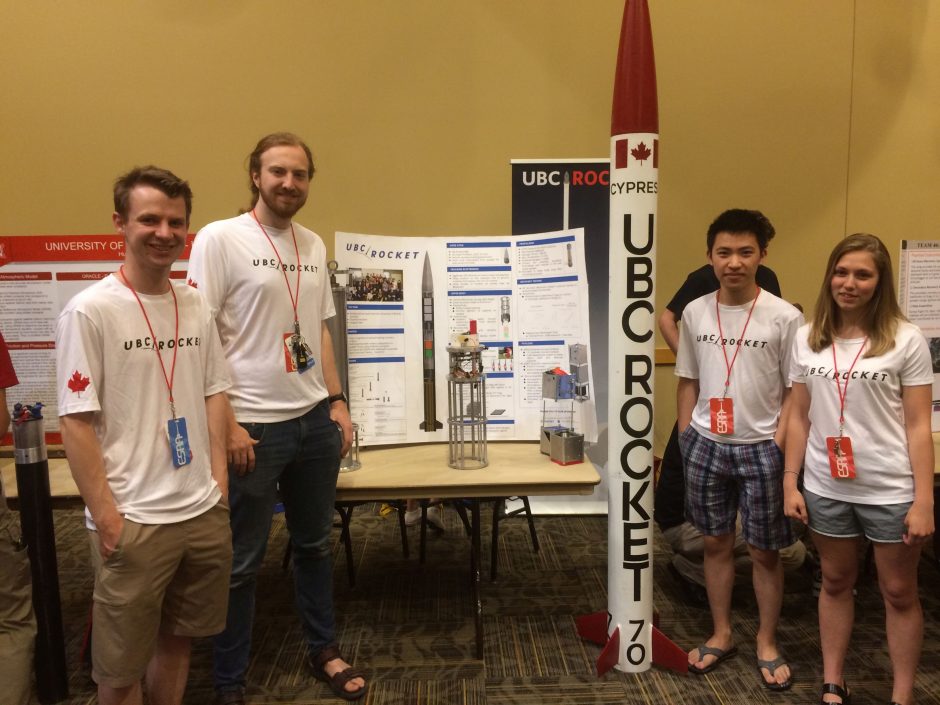 The team has ambitious goals for the coming years, including a launch to 30,000 feet next year, the development of an in-house propulsion system, and eventually developing a rocket to fly to the edge of space. If you are interested in seeing what the team is up to or are interested in joining, please check out UBC Rocket’s website. 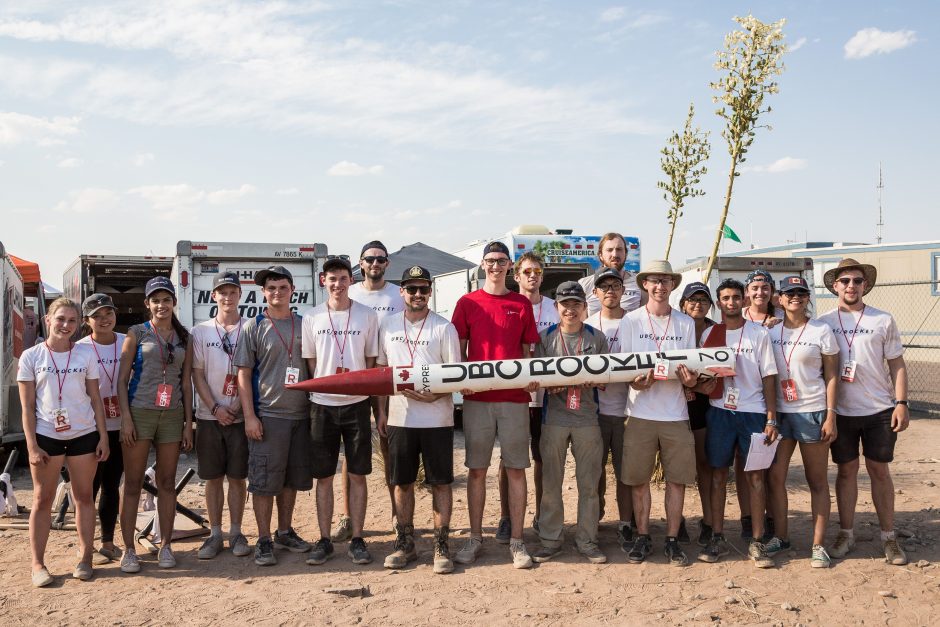