Engineering Physics celebrates Victoria Schuster and Paula Cameron, members of the Varsity Women’s Rowing team which was honoured with the Du Vivier Team of the Year Award 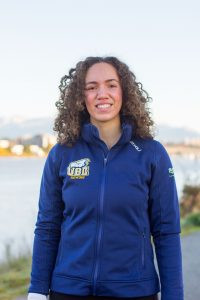 On Wednesday April 6th, 2022 the Varsity Women’s Rowing team was honoured with the Du Vivier Team of the Year Award, celebrating the accomplishments of Victoria Schuster ’22 and Paula Cameron ’21. Both have been members of the varsity rowing team since they first entered Engineering Physics.  They have participated in multiple historic wins for UBC.

The pair won a second consecutive National Championship in 2019, while Schuster also took home gold at the prestigious Head of the Charles Regatta that year, beating out elite American schools such as Harvard, Stanford and Princeton. 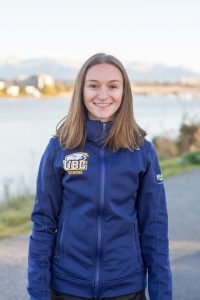 The two were unable to defend their title in 2020 due to COVID and Cameron graduated in 2021. When racing returned in fall of 2021, Schuster continued on for a third consecutive National Championship win.

Victoria:  “I’m very proud to have been on the Varsity Rowing team throughout my time in Engineering Physics. Early on, many individuals told me that I would have to make a choice between being a varsity athlete and an engineering physics student. I was very fortunate to have a mentor to look towards in Paula, who was proof to me that it would be possible to do both. Although waking up at 4:15am for practice multiple days a week made life much more hectic, I think being involved in activities outside of academics made my degree significantly more rewarding and made the stress of engineering physics more manageable. Even on days when it felt like my to-do list would never end, I still woke up before practice excited to start the day, because I knew I would spend the first few hours on the water doing an activity which was guaranteed to bring me joy. I also felt lucky to have been surrounded by bright and motivated students both on my team and in my eng. phys. cohort, who always pushed me to be my best in all aspects of my life. I’m proud knowing that the Rowing-Engineering Physics connection will continue on after I graduate, as Reese Critchlow (Eng Phys ’25) joined the rowing team through our novice program this year.”

Paula:  “I’m really proud to see the team get recognized as team of the year! It’s a huge success and very well-deserved. Back in 2018, the women’s team won the national banner for the first time in 14 years and it’s amazing to see that that success is continuing to flourish as a new generation of rowers join the team. Competing for the UBC varsity women’s rowing team while studying full-time in engineering physics was very demanding, and I think it prepared me very well to take on my next challenge: a master’s degree in Switzerland. And while it was very difficult managing both rowing and engineering physics, I believe that exercising regularly and being part of the rowing community actually greatly helped my studies as a way of managing my stress and taking breaks from studying.” 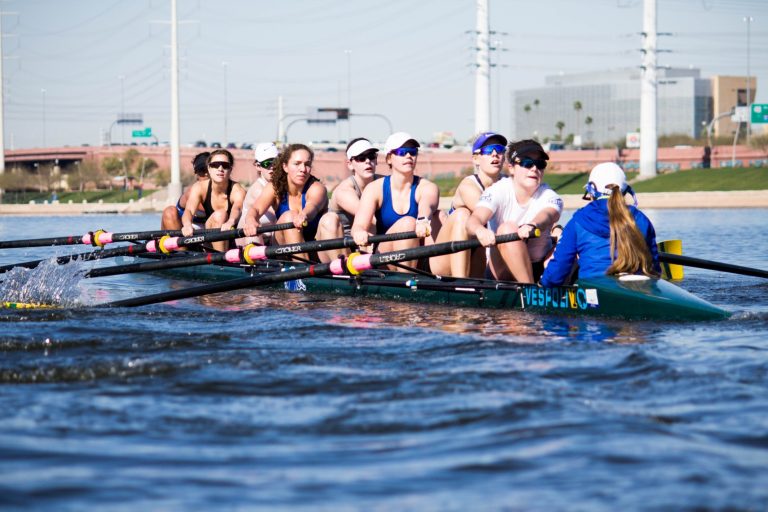 Paula sitting 4th from the front, Victoria in the coxie seat at the back