Faculty of Applied ScienceUBC Engineering Physics
» Home » 2022 » May » 19 » James Wu chosen as recipient of the Governor General’s Silver Medal, one of the most prestigious student awards in Canada

James Wu chosen as recipient of the Governor General’s Silver Medal, one of the most prestigious student awards in Canada

The Governor General’s academic medals were created in 1873 to encourage and recognize outstanding academic achievements at three levels:  Bronze for a student graduating from high school with the highest academic average, Silver for the best academic record in undergraduate studies at a university, and Gold at the graduate level.

UBC awards three Silver medals each year:  One in Arts, one in Science, and one for all the other faculties including those at UBC Okanagan.

When James Wu attended his applicant interview in Engineering Physics he was 16 years old and finishing his first year in engineering in the Faculty of Applied Science.

James:  “I found the interview process for program admission to be rather relaxed, which I think is largely due to how senior Eng. Phys. student volunteers were there as peers I could talk to casually.”

Program Director Andre Marziali:  “I initially rejected him … I only let him in after he insisted, and convinced me that he was mature enough to take on the program. Turns out he is so mature and professional that I don’t think his classmates have even caught on that he’s several years younger than them. He’s truly exceptional.”

James is an only child and second-generation immigrant from China who has lived in Coquitlam most of his life.  “I quite enjoy the area, though the 2 – 3 hour daily commute is a bit of a hassle.

I opted for Engineering Physics because I wanted to pursue a future where I could push humanity’s scientific and technological boundaries – I felt that the broad and rigorous curriculum Eng. Phys. offers in fundamental theory would be appropriate training for such a career path. My desire for knowledge made the breadth and depth of the subjects offered in Eng. Phys. even more appealing.” 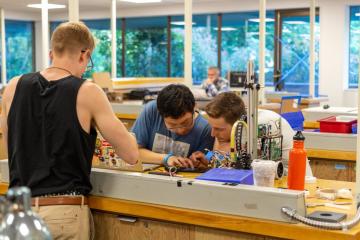 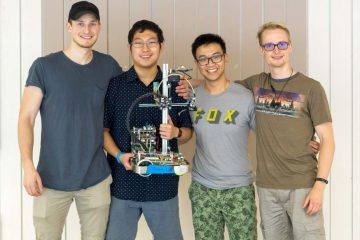 James:  “I really enjoyed my time in Eng. Phys. What I appreciate the most is the excellent mentoring I have received and the amazing community. There are too many people to list who have had a profound impact on me throughout these few years but to pick a relatively new face in the Eng. Phys. community, I have enjoyed the insights from Miti [Ioan Isbasescu, Software Expert and Instructor of ENPH 353] on technology, humanity, and money. In fact, I only began thinking about making financial investments after participating in Miti’s Fireside Chat on personal finance.” 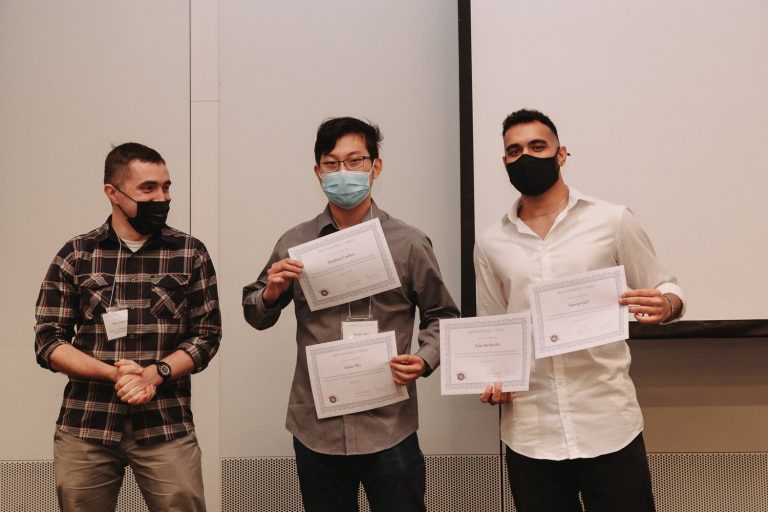 James:  “I began developing an interest in condensed matter physics at the end of my third year after taking a material science course and working on a related project as part of a classical mechanics course. I delved into physics research by engaging in two Capstone projects in quantum computing, undertaking an honours thesis in polymer physics, and doing additional part-time work in condensed matter physics. I also took advanced quantum mechanics and solid-state physics courses as technical electives, and found the topics to be quite fascinating.

I am pleased to have been a part of such an accomplished, emotionally supportive, and socially engaging cohort.” 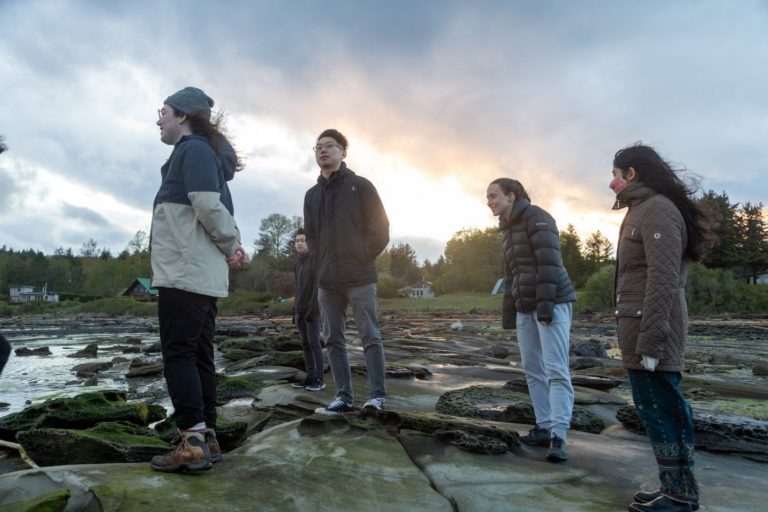 James:  “My knowledge-hungry mind often ends up pouring over various books and articles on economics, psychology, physics, or any other subject I would feel curious about on a whim. My curiosity for learning also extends to wanting to enlighten others. I have worked as a teaching assistant in several courses, and am notoriously active on course Piazza forums. I hope to ultimately become a professor, where I can both research and instruct.

I will be pursuing a PhD in physics at UC Berkeley this fall, where I hope to work in condensed matter theory. More specifically, I am interested in studying the optoelectrical properties of crystalline materials, which would help us better characterize and design photovoltaic devices.

Even after graduating, I am still in close contact with many of my friends in Engineering Physics.  It is exciting that quite a few of them are also headed to the San Francisco Bay Area.” 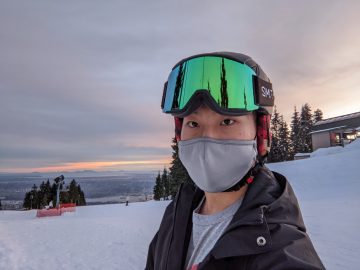