A remote Canadian village is devastated by a train derailment and resulting explosions of containers filled with oil products. A few buildings are brought down. A toxic spill contaminates agricultural fields nearby. Authorities need assistance to evaluate the damage – how much of the agricultural fields are contaminated? Which structures within the disaster area have been damaged and how much debris is there? – These issues must be determined before appropriate machinery can be brought in to clear it. Of the train containers remaining, what do they contain? This can be determined by reading the codes written on them. Immobilized people in the area must be located and photographed for emergency response.

This was the hypothetical scenario for teams competing in the Student Unmanned Aircraft System (UAS) Competition last week in Alma, Quebec.

Engineering Physics student Alexander Harmsen was co-captain of the UBC team that placed 5th, a remarkable achievement considering this was the first year the team was operational. 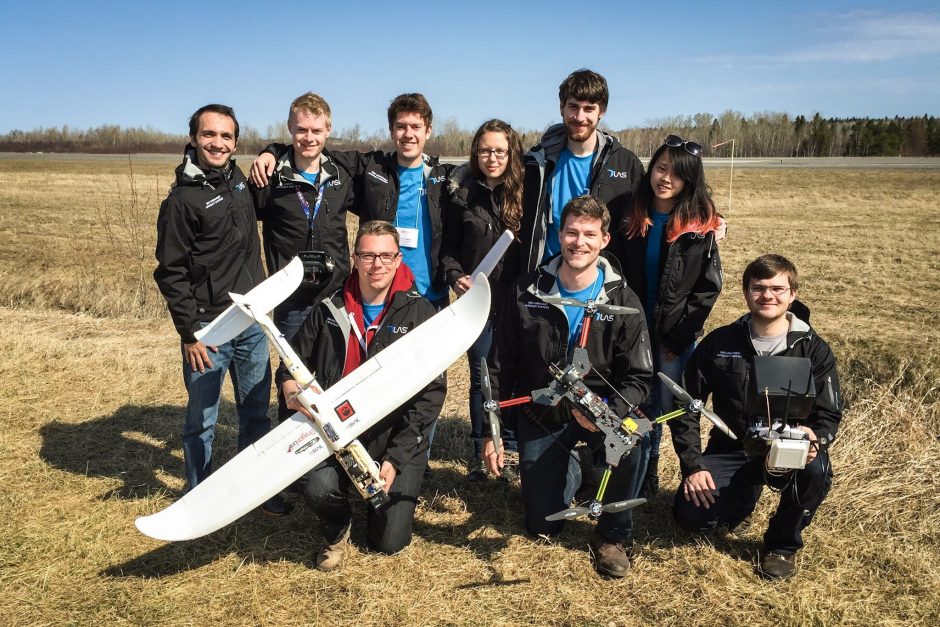 Alexander Harmsen:  “The competition consisted of locating 21 objects over a distance of 1 square kilometer in a 25 minute timeslot. We located and took HD photos of all 21 objects and were able to localize those objects to within 10m lat/long.”

It was a collaborative engineering student effort with a total of 20 students from IGEN, MECH, ELEC, and Alex representing ENPH:  “I’m really proud of our team for putting in so much hard work and determination to make this a success. We officially became a student team in August 2014 and somehow we managed to make it to the top 5 in a national competition. It’s a really exciting field and we have all learned so much through our teamwork, crashes, late night build sessions and conversations with other teams. It’s going to be very exciting to see where the team goes next year.”